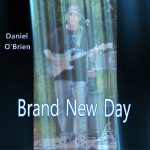 Lullaby of the Heart – from Sanctuary 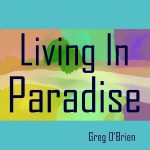 Coffee and Cream – from Living In Paradise

Solving the World’s Problems on tune at a time!

You may not be able to solve all the world’s problems, however, if you buy a bunch of these original tunes, you will solve a big problem for the musicians who created all this wonderful music.

And… You are welcome!

After silence, that which comes nearest to expressing the inexpressible is music.

One thing about being an artist, writer, and musician is, you get to know a wide variety of other artists, writers and musicians who are also poor, bitter and despondent. No, wait a minute… that didn’t come out right.

Oh yeah… the thing you get to know is how creative and inspiring musicians and artist can be. How fortunate we all are. We can to listen music on a wide variety of cool electronic gear: Cellphones, MP3s, stereos, computers, TVs, and the list goes on…

Imagine way back to the beginning of the 20th century. Before cellphones and before rich and creamy Grande Caramel Macchiatos; with low fat extra foam soy and honey sweetened sugar-free vanilla syrup, freshly steamed non-fat milk, espresso roast coffee, with velvety-rich foam and a buttery caramel drizzle. Yes, there was a time when nobody would know what the hell you’re talking about.

Well, back then, if you didn’t play an instrument yourself and you didn’t know anyone who played an instrument, you wouldn’t hear any music. You might go your whole life without every hearing an orchestra or a band. Thankfully that was a long, long time ago, in a galaxy far, far away.

Now all you have to do is push the play button on any of these tunes and you will hear a great selection of original music and melodies.

The word lucid means “characterized by clear perception or understanding. Shining and bright! ” Lucid Day was created as more of a ‘theme music’ concept. Still very melodic yet the tunes on Lucid Day are also bright and present. Even though they have stronger melodies you will also find the tunes on Lucid Day to be very relaxing, and conceptual. Close your eyes and drift away into contemplation.

dado is the musical duo Dave Abbott and Daniel O’Brien. They have been playing music together for over thirty years. When they first met and started playing music it was in a band called SureFire. Dave played bass and Daniel played guitar. Eddie DeSouza was the other guitar player. Because both Eddie and Daniel had played drummers for many years in previous bands, the band ended up being somewhat like Spinal Tap, in that they went through a number of drummers over the several years the band played together. The three core members continued playing music and are still friends today. SureFire played mostly cover tunes; rock and blues with some country music thrown in for good measure. The band also played several original songs by both Daniel O’Brien and Eddie DeSouza.

As time moved along Daniel and Dave discovered they had a connection with instrumental tunes. Dave showed Daniel a selection of chord progressions he had been working on and each chord progression brought an almost instant evocative melody line from Daniel’s imagination. A number of the tunes on Lucid Day are recorded as ‘first take’ jams. Lucid Day is their second album.

Their first album – Sanctuary – was an effort to organize the tunes to make an album of music specifically for relaxation and meditation.

Brand New Day is a compilation album of sorts. There are new songs and tunes as well as number of favorites from previous albums.

Walk That Line being one of those favorites, is the first song to be posted from an album that Daniel recorded in the eighties called Three Corners.

Daniel O’Brien is a singer, song writer, musician, and author.

Daniel started out playing drums in his dad’s band at the age of twelve. The band was called The Diamonds, and they played a variety of music in nightclubs and for dances on weekends.

He switched out to playing guitar in his mid-teens and went on to perform in bands and duos; playing professionally for many years. Although he loves to play drums and occasionally still plays them with friends, he found that, as a song writer and musician, he needed to play an instrument with more strings on it to express his compositional muse.

Daniel currently lives in Vancouver, Canada where he moved from Alberta in the late 70’s and has been writing and recording music ever since. Brand New Day is his sixth album.

Daniel O’Brien started out playing drums in his dad’s band called The Diamonds at the tender age of twelve. He discovered the electric guitar in his late teens and continued to play professionally for many years. He moved to Vancouver from Alberta in the late 70’s and has been living there, writing and recording music, ever since.

Dave Abbott began with acoustic guitar lessons. Then he discovered that he had a talent and passion for the bass guitar. He joined a high school rock band as the bass player. After high-school he played with several professional band and taught guitar. During this period he spent countless hours writing music and playing guitar. He moved to Gibsons on the Sunshine Coast and discovered the peace and tranquility which is evident in his music.

Dave and Daniel have been great friends for many years. They have played in bands and recorded albums together since they met in the early eighties. The Sanctuary album evolved through their commitment to producing music that would affect people in a positive and inspirational way.

Sanctuary is a melodic instrumental album with Dave creating and playing the rhythmic chord progressions and Daniel evolving the strong theme lines from the chord progressions. At times their interweaving guitars seem to be emanating from one mind. Demonstrating the old saying “The whole is greater than the sum of its parts.”

Relax and enjoy the music…

“These crisp clear guitar duets are the most original I have heard in many years”.
~ Rene Gelpi, Radio Station CIUT, Toronto.

Living In Paradise is an album of tunes created and recorded by Greg O’Brien. They are mostly instrumentals but there are a few songs as well. I will be selecting and featuring some of the great tunes from the album Living In Paradise and posting them here.

Greg O’Brien was an accomplished writer, composer, musician, and artist. He had a Bachelor of Arts degree from the University of Alberta and a Bachelor of Music degree from MacEwan University, both in Edmonton Alberta. Greg played music in a number rock and blues bands and also a folk rock duo with his brother Daniel.

Greg was severely disabled from an illness in 2006. Although he was mostly paralyzed from below the neck, he continued on creating and recording a prolific amount of music until he passed away in February of 2016. He also created a number of beautiful imaginative digital modern art paintings. The album cover picture is just one of those pictures.

Greg was committed to his own vision of music and you can hear a very creative theme throughout all his musical compositions. He managed to rise above his physical limitations, or as he liked to say ‘other-abled challenges’, and create and record these beautiful tunes, using only a computer keyboard and an unwavering determination. It is nothing short of a miracle!

Greg was also a writer and visionary coach, teaching others to walk “the road less traveled!” and live a peaceful and awakening life.

Living In Paradise is a legacy to Greg and his artistic and compassionate spirit.

He is greatly loved and missed by all.

My name is Daniel O’Brien, and I created SensationalSayings.com with you in mind.

It is a place where you can read great quotes, listen to great original music, and be entertained.

I do have a passion for quotes and you will certainly find lots of carefully selected quotes here.

I have also included music, jokes, riddles, stories, and a bunch of other crap you will find entertaining.

Sensational Sayings is more like a journal or…
Hmm, I can’t quite put my finger on the proper term to describe what I’m doing here.